Whale of a Whale! 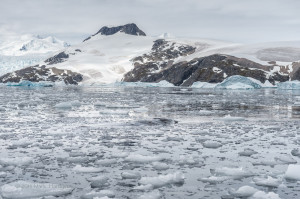 The one critter, if you can call him that, that’s gone unmentioned till now is the Humpback Whale.  Big boy!  We saw our share of them, although not a huge number.  My good friend Steve who was on this trip the week prior to ours saw a ton of them.  We speculated that as he had more overcast skies and precipitation that they spent a lot of time on the surface.  We had clear skies and milder weather so maybe they just stayed down.  Who knows?  How big?  They will grow to about 50 feet long and 48 tons as adults!!  The most amazing thing is that they feed primarily on small crustaceans such as krill,  by simply engulfing the krill swarms then filtering out the krill and letting the water spill out of their mouths. 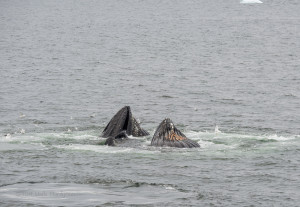 It’s a little hard to see here, but the lower “jaw” forms the pouch, filling with water.  The flat part you see here is actually the top – upper “jaw” and the lower expanding out below. 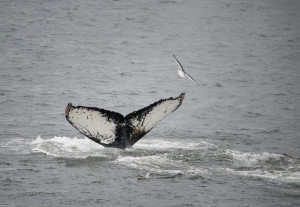 We never saw a huge breech with the head out of the water, but did see plenty of their tail fluke flipping up and over.  The pigmentation pattern on the underside of the fluke is individual to each whale.  This allows scientists to track them from summer feeding grounds to their northern breeding grounds. 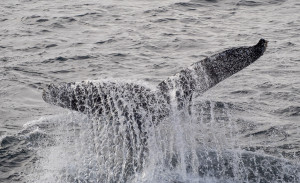 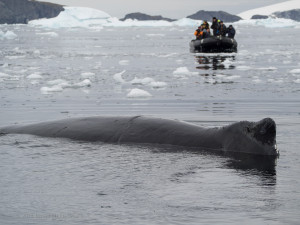 That small dorsal fin sits on a raised hump, thus the name, humpback. 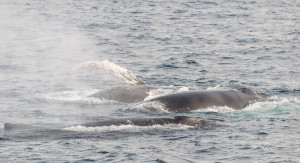 The long pectoral flippers on each side are nearly a third of their body length, some up to 16 feet long. 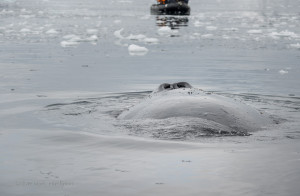 A look at their blow holes.

These two were doing a little whale watching as well!

So there you have a short lesson on humpback whales. And yes, there is a whale in the top photo.  Click on it to see a larger version and then you can pick him out.

This entry was posted in Antarctica, Birds & Wildlife, Landscape.