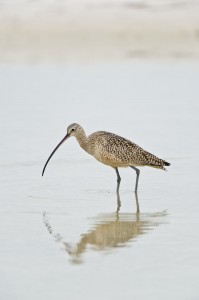 We met him the other day snacking on a little crab.  Pretty much the largest of these shore birds. 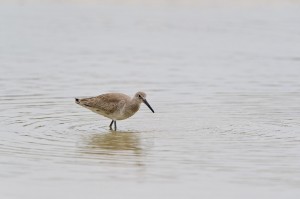 Tons of these guys around while we were there.  They tended to flock together, occasionally blasting off and flying in a wide circuit, then landing right back where they were.  Very distinctive in flight with their markings. 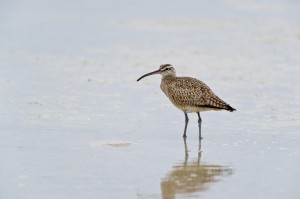 Just a couple of these around, very similar to the curlew but a shorter bill and slightly smaller overall. 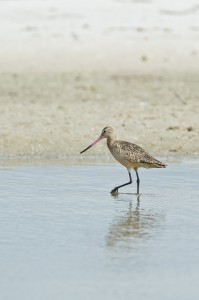 Also similar to the curlew and whimbrel with the exception of the “C” bill.  Their bill turns upward slightly, thus the name, the others turn down and are referred to as “D” bills. 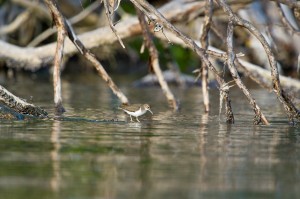 Another first this trip, he came out of the mangroves and walked along this branch bobbing his tail up and down constantly looking for insects.  It appears this may be a juvenile. 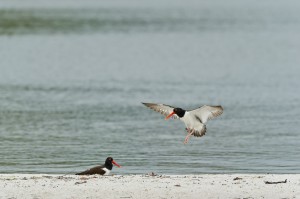 Lots of fun to watch these, also usually a small bunch making a lot of noise.  You could always tell when a pack of these guys was around, unmistakable.  Love their orange bills.