This is the year of epic trips, that’s for sure!  Traveled last nigh to Reykjavik, Iceland where I’ll be for the next ten days.  Today was a day to get settled and organized with the group after arriving this morning at 6 A.M.   We will be heading out in the morning first going north and east up to the highlands before continuing farther east, eventually making our way back to Reykjavik.  There are so many things to see here, we’re just hoping the weather cooperates as this time of year it can be very changeable.  But after napping a bit this morning, I had the chance to tour parts of the old center city of Reykjavik, the most northern capital in the world. 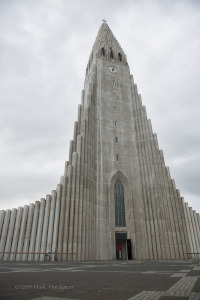 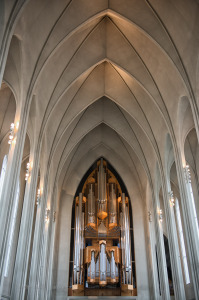 This is one of the first things you’ll see as you drive into the city.  It sits up on a hill and as you can see is very tall!!

Hallgrimskirkja …. yes like most of the Icelandic language, it’s a mouthful.  Construction of the church started in 1945 but didn’t finish until 1986 and at 244 feet high is a landmark visible from just about anywhere in the city.  The organ, by the way, has 5,275 pipes! 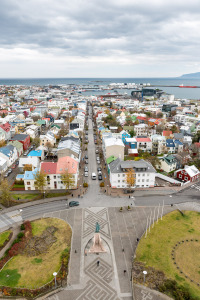 A view to the harbor from the church tower. 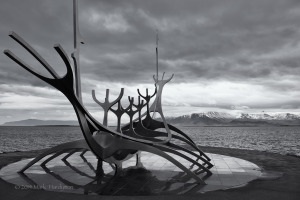 The Sun Voyager – This stainless steel sculpture located right down by waters edge celebrates the 200th anniversary of the city of Reykjavik and was unveiled on Reykjavik’s birthday August 18, 1990.  That’s a pretty good day as it’s my birthday too! 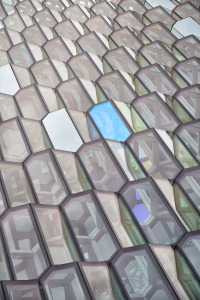 The multicolored glass panels of the concert hall, Harpa as seen from the outside – 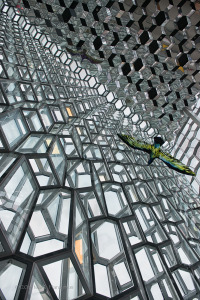 Inside, the shapes and mirrored panels in the ceiling are almost overwhelming.  Extremely interesting architecture! 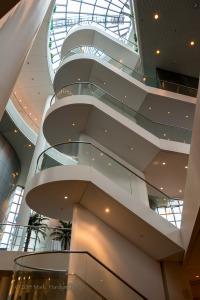 The Saga Museum on the inside.  Another real interesting structure, something I honestly didn’t expect to find here.

Just beginning to learn about this fascinating country!

not sure how connected I’ll be over the next 10 days, so it may be awhile before I can post more.  once home, I’m sure I’ll have much much more to share.