From þingvellir to Gullfoss and More!

An amazing first day travels.  The landscape here in Iceland is unreal and ever changing.  Add to that, incredible sky and clouds, and it couldn’t have been better.

We start the day at þinvellir, the site of a rift valley that is the crest of the Mid-Atlantic Ridge.  Simply put, it is where the North American and the European tectonic plates meet.  On the upper side you’re standing on the N.A. side and when you walk down, across the rift, you’re standing on the european side.  So today, we stood within North America, and shortly there after on the European continent! 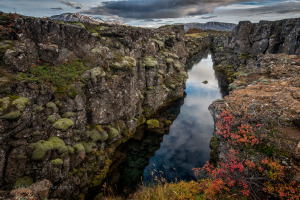 To the left North American Continent, to the right, European.

I mentioned the clouds – this is a 7 shot pano showing some of the amazing sky we had today. 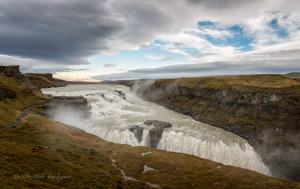 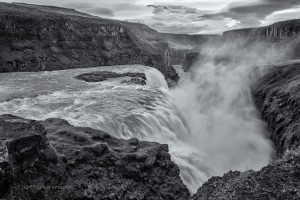 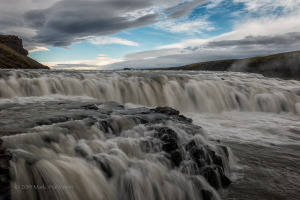 Gullfoss – Golden Falls.  The top image gives you an overall view and a sense of the scale.  The second image is the final drop and the third is the first drop.  With the wind we had it was like standing in a rain shower.  Tough to keep the front of the lens dry! 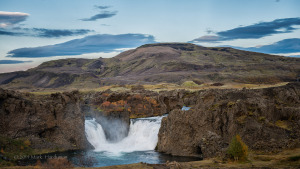 Finally, our last stop of the day at this “small” waterfall.  I never did find out the name, but no matter, I couldn’t pronounce it anyway.  It does give you an idea of the changeable landscape though, going from the falling rivers to the highlands in just a short distance.

Stay tuned – it only gets better from here!