These guys fly so close, it’s amazing.  But flying in formation is one thing, flying in opposite directions another altogether! 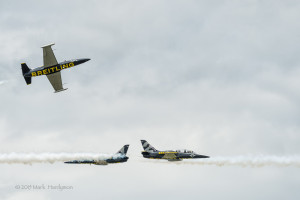 You can’t see the formation they were flying in because of the tight shot, but you can see the two at the bottom passing each other.  But there’s another lurking somewhere! 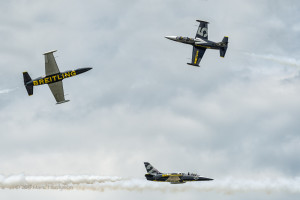 There he is! The two above the bottom two are now passing on knife edge. 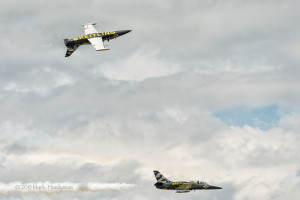 And now they’re on their way.  It all happens incredibly fast and I was just lucky enough to catch this.

The middle image took little work and I’ll let you in on the secrets tomorrow, so stay tuned!