Deception Island, certainly the most historic site we visited on our adventure.  The islands harbor, Port Foster, has been a safe haven for ships since the early 19th century.  The islands first commercial use was in the 1820’s as a base of operations for seal hunting.  Almost a century later, it became a base for “factory ships”.  Ships used for processing whale blubber.  In 1912, the processing station was built on shore for the production of whale oil.  The carcasses were boiled down and the oil was stored in large iron tanks.  The depression in 1932 saw the price of whale oil plummet and operations were closed and the station abandoned.  It is said that at it’s height, Whalers Bay ran red with whale blood. 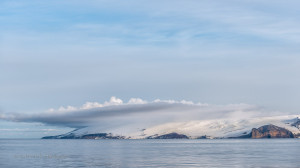 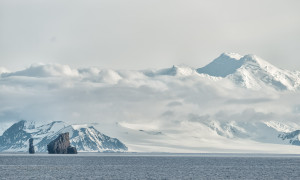 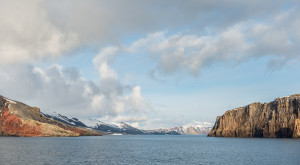 Our approach to Deception Island.  The small channel leads into Port Foster. Whalers Bay is just to the right after passing through the channel. 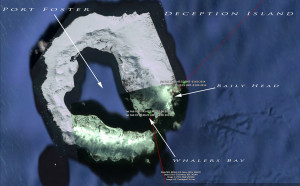 As you can now see by the image above, the island is a “C” shape, almost coming closed.  The entry channel, Neptune’s Bellows, is less than 300 meters wide, with Ravn Rock lying submerged just 8 feet below water level in the middle of the channel.  Makes the passage a little more tricky!

So, does the shape also bring something else to mind?  What you see is actually the caldera of an active volcano.  A huge eruption caused the center of the volcano to collapse and was subsequently flooded to form Port Foster.  In 1969, a violent eruption destroyed a Chilean research station, and caused damage to the oil tanks left from the 1930’s. 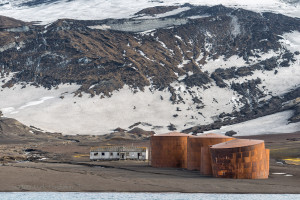 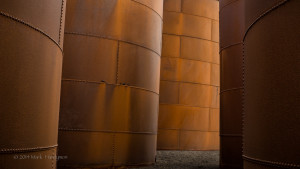 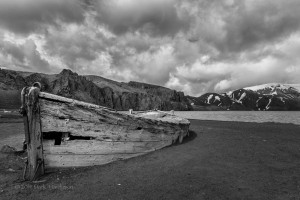 Remains of days gone by. 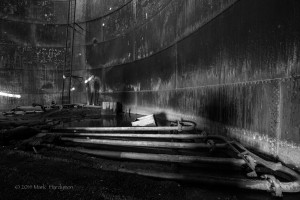 Inside one of the old iron tanks used for whale oil storage.  And no, we didn’t climb down the ladder, there’s a hole in the side of the tank. 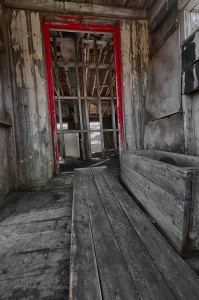 A panorama of Whalers Bay taken from a high point called Neptune’s Window. 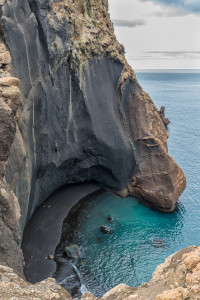 Looking the other way from Neptune’s Window out onto the Bransfield Strait. 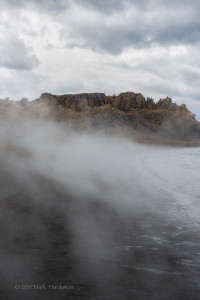 As the tide receded, the hot sandy beach met the cold air.  Leaves no doubt about the thermal activity on Deception Island!