Ok, so we weren’t quite the farthest south on Yalour Island but we were here, by one minute of latitude.  Here happens to be the Ukranian research station Verdnasky located on Galindez Island within the Argentine Islands.  Purchased from the British in 1996 for the princely sum of one pound, this is where scientists first observed the depletion of the ozone layer.  It was cheaper for the Brits to sell it then to dismantle it and haul it away! 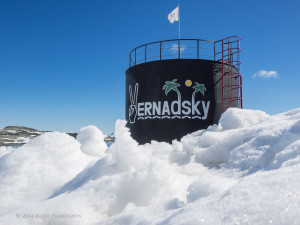 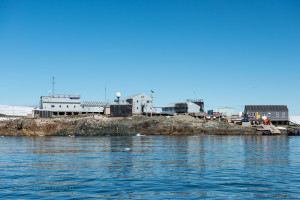 Twelve guys stationed here for a year.  Last November, they had their first visitors there in 8 months!!  So what do you offer visitors in the Antarctic if you’re Ukrainian?  Vodka!! 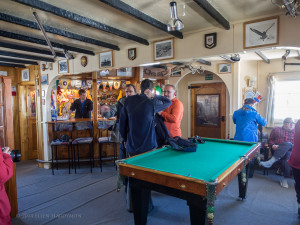 That’s right, a cozy little bar with pool table and homemade Vodka.  No kidding!!  I didn’t partake but was told it was quite good although it tasted more like brandy than vodka, but hey, it’s Antarctica! 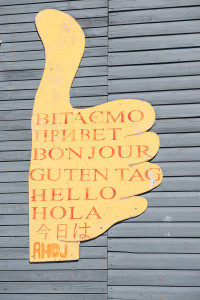 They’re a friendly lot, although not much english spoken here.

Just a short hop over from Vernadsky was Wordie House, also an English base occupied from 1947 to 1954.  Named for James Wordie, the geologist on Ernest Shackleton’s Endurance expedition, and later an advisor to the expedition that set up the first permanent British bases following WW II. 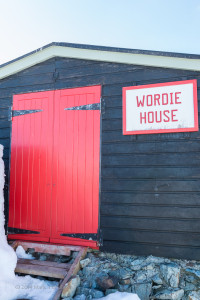 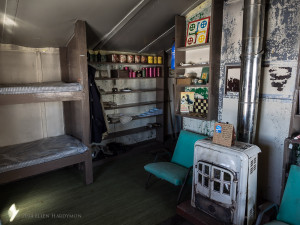 Today it is kept up in it’s original condition as an historical site. 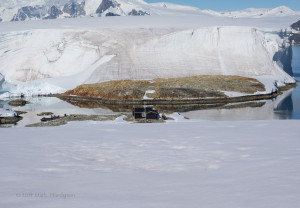 That’s it below by the water, not very big.   Like so much here it kinda gets swallowed up by the landscape. 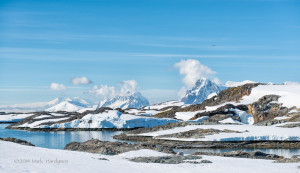 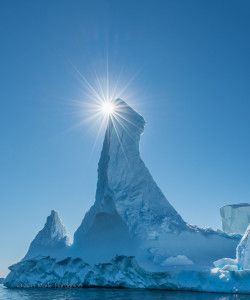 And on our way back to the ship, you just never know what you might see.  Diamonds in the sky!