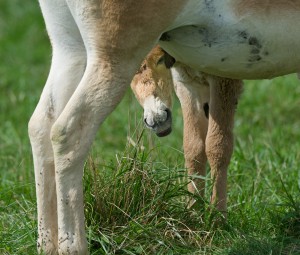 Peek-a-boo!  A baby Persian Onager peeking out from underneath it’s mother.  We’re back at The Wilds checking out some of the other interesting animals there.  The Persian Onager is an endangered species with fewer than 700 remaining in the wild. They are a sub-species of the wild ass once common in Central Asia and the Middle East.  And as you can tell by the photo pretty cute. 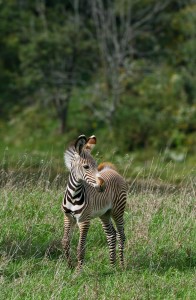 Staying with the young animals for a bit, a young Grevy’s Zebra.  She will grow up to be one of the largest of the three species of Zebra, also an endangered species with fewer than 3000 remaining. 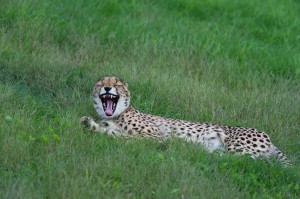 Right now she just doesn’t look like she could run 70 miles an hour, but she can.  At least for short distances up to half mile.  That’s still movin’ pretty good though.  The Cheetah is also an endangered species, about 10,000 in the wild.  I guess you can get pretty tired running that fast. 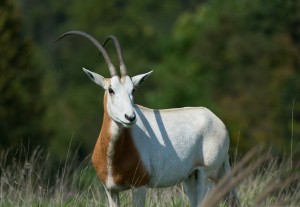 Must be one of the prettiest animals we saw there, Scimitar-Horned Oryx.  Extinct in the wild since the mid 70’s, an Oryx born at The Wilds in 2007 was part of a group sent to Tunisia for a reintroduction project.