My friends, Steve, Doug, Iain and I, made a trip to Killbuck, Ohio Sunday.  The main reason was to shoot the super moon and eclipse from someplace out in the country.  Well, that didn’t work out as well as we hoped because of the cloud cover that rolled in.  However, all was not lost as we had the pleasure of meeting Ruston (Rusty) Baker.  Rusty is an artist and musician and one of the more interesting people I’ve met in a long time!  Rusty lives near Millersburg, Ohio, where he has put together a most unique barn housing an eclectic collection of musical instruments, wine and art.  It started out in 2005 with the barn simply needing a new coat of paint, and as often happens, it took on a life of it’s own, until it became…

The Rock and Roll Barn! 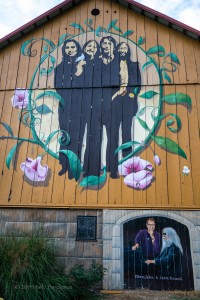 The portrait that started it all – The Beatles!

Now what you must understand is that Rusty is not only a musician but an artist, or maybe more correctly put, a muralist.  Rusty travels around painting scenes on the side of buildings.  That’s a big canvas!  So when the barn needed a coat of paint, it only made sense to combine his two loves, music and painting, into what has become The Legends of Rock and Roll. 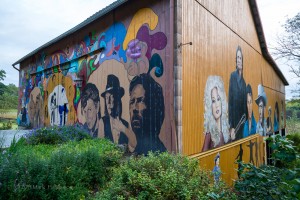 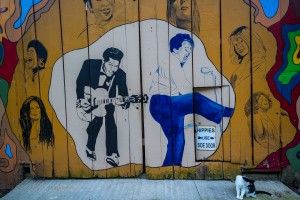 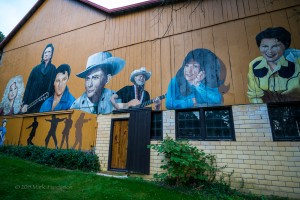 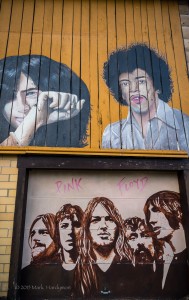 As unique as the outside of the barn is, what Rusty has managed to collect, display and decorate with, inside, is simply amazing. 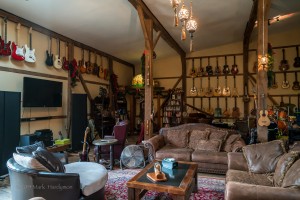 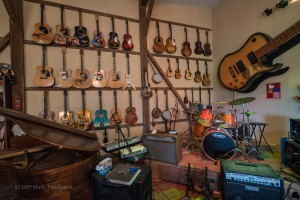 An incredible collection of guitars, including a few very rare and collectible ones.

It’s a bit of sensory overload at first but as you start looking around you realize just how cool it all is! 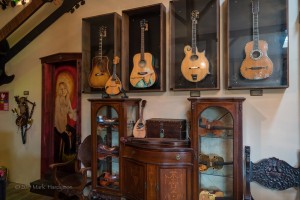 The Janis Joplin door was painted by Rusty. 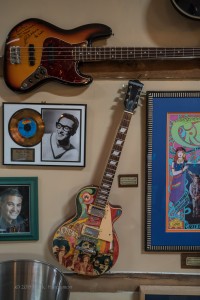 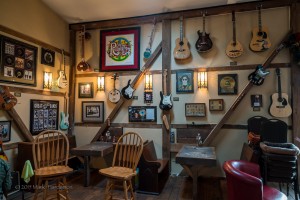 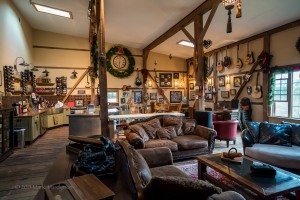 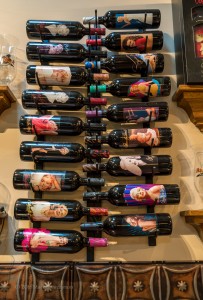 So even though the moon was a bust, the barn tour was the best!  So if you’re ever driving around in the Millersburg, Killbuck area, and you just happen upon the Beatles, Elvis, Johnny Cash or a host of others, just hanging out, stop in and say hello, It’s absolutely worth it!

I would really like to thank not only Rusty, but his brother Roc and his wife Bonnie for the hospitality they showed us the other night.  The pizza, wine and company were terrific, even if we didn’t get to shoot the moon!  Thanks to you all!

This entry was posted in Architecture, Traveling.