The Breitling Jet Team is the worlds largest professional civilian flight team performing with jets.  Located in France, this is their first North American tour. 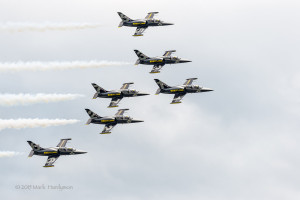 These are smaller jets than the Thunderbirds were flying.  This formation is called Calypso. 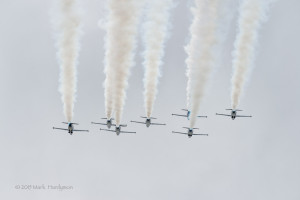 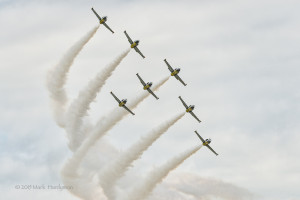 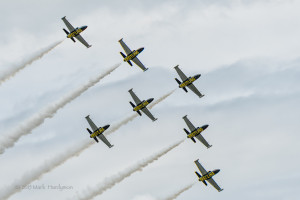 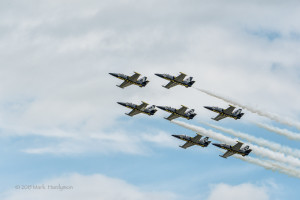 The aircraft they are flying are Czech made Albatross L-39C twin seat military training jets with a speed of 405 knots in level flight, 490 in a dive! 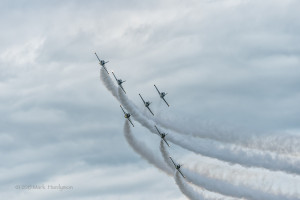 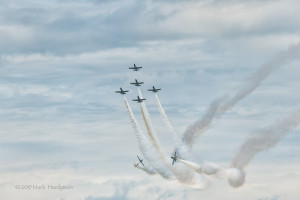 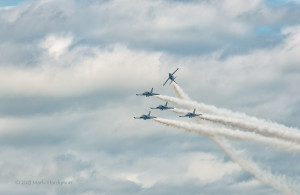 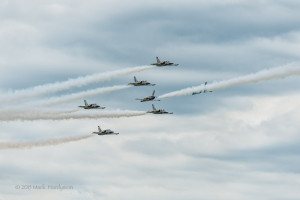 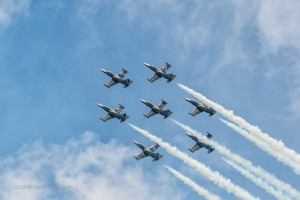 Obviously since this is their first North American tour, I had never seen them perform before.  This was a special treat and one of the main reasons I didn’t want to miss this years show!