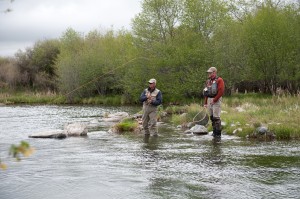 Boy, did I ever hear a lot of that today – Set Left!  Fishing from that side of the creek (see above), you set the hook to your left, which is downstream.  That’s because the fish is pointing …… you guessed it, upstream.  Since i’ve mostly bass fished (stop laughing everyone!), I pull to the right almost always.  Tucker is telling me to set left, felda is on the opposite shore yelling set left, tonight I’ll wake up screaming SET LEFT!!!! I did get it right, I mean left, here as you can see. 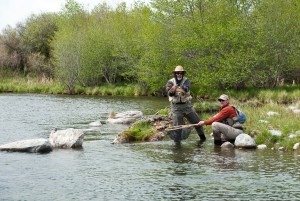 Everybody had great days today….. well except the guy who sets right.  I think everyone got at least three or four fish.  It was overcast and rained off and on, which is great weather for the hatch.  remember the hatch from a few days ago?  lots of bugs means hungry fish feeding and happy fishermen. 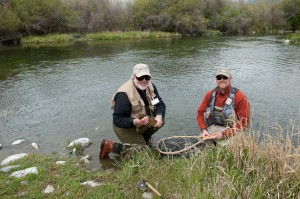 pretty much right after this was taken, steve said he had to go rest because his arms were getting tired from pulling all those fish in.  gee, thanks steve 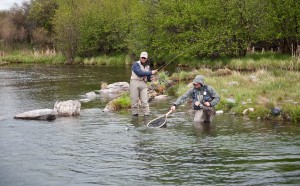 as for me, the guy forever known as the one who sets right, well, this is as close to photographic evidence as you’re going to get that I actually did catch fish.  felda hung around after all the others had retreated to the warmth of the lodge to document my catch,  all because a friend of mine who shall remain nameless, Deb, questioned the fact that I caught a fish.  so if you look closely you can see there is a fish on the line and Tucker is right there with the net, so it was a catch, right…..right……come on……right!  well no.  he took off and headed to the moss beds and spit the hook back at me!  but…..i did manage to land one shortly afterward, the problem was it was such a small little rainbow it didn’t show up in the photo.  so…….  that will just  have to do, because the other two really huge ones, i mean really huge ones ……….  also managed to get away 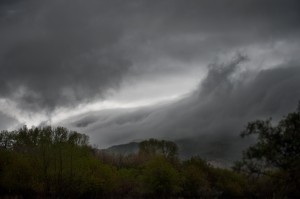 some of the weather we had today.  but  remember, good for the hatch 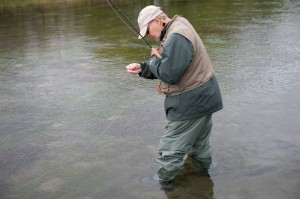 a special thanks to tucker today for having the patience of a saint.  it aint easy dealing with a guy who always sets to the right!

and just a reminder, click on the images here to see bigger & better versions