If you looked at last nights post, you would have seen a shot of a mother tern and her chick.  What you couldn’t tell from the picture was that there was an egg in the nest as well.  Sometime today, early afternoon that egg hatched!! 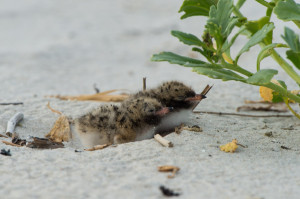 And here’s the little fella along with his big brother.  And, like all brothers they wrestle around and somebody goes over…. 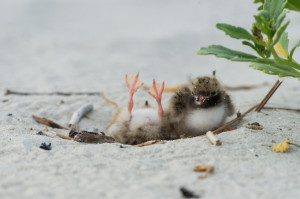 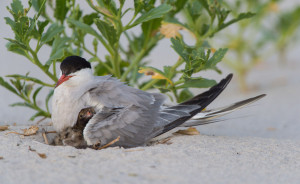 Finally, after several worrisome hours, momma returned to the nest.  There was a time when we thought she may have abandoned these little guys, so it was a relief to see her back.  As you can see, he was too!! 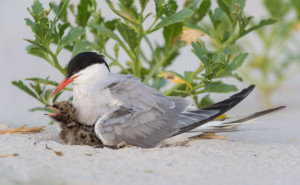 The other is safely tucked under momma, so the story ends well!