Just a short distance across the Gelache Strait from Cierva Cove is Hydrurga Rocks.  Named after the Leopard Seal, Hydrurga Leptonyx, these low rocky islands are home to many of the locals, including chinstrap penguins, fur seals and weddell seals. 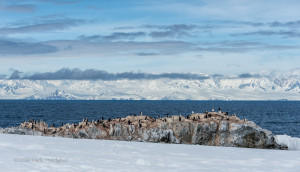 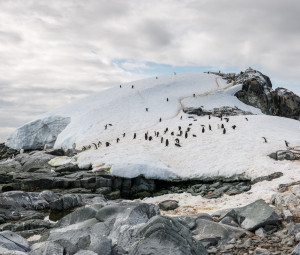 Chinstrap penguins will nest on high ground in the rocks in an effort to keep their eggs high and dry.  You can see many paths through the snow for going up and down, sometimes tobogganing on their bellies on the way down.  It’s hard work being a penguin with short little legs and those flippers, just plain hard to get up and down but they are relentless! 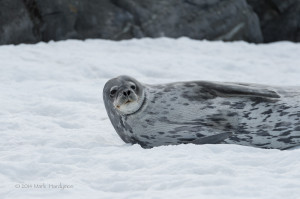 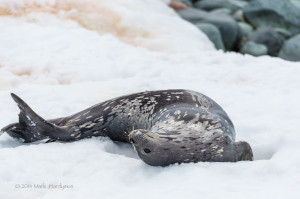 Weddell seals just being seals laying around looking like one of our dogs! 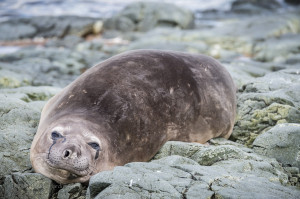 This was the only Elephant Seal we saw on our trip, probably a female as she doesn’t have the big bulging nose the males have which gives them their name. 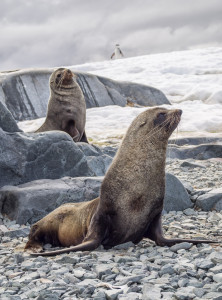 There were a bunch of fur seals as well.  They are the only seal that moves on all fours instead of caterpillering.  These guys can move really fast and are very playful as we’ll see later in the trip! 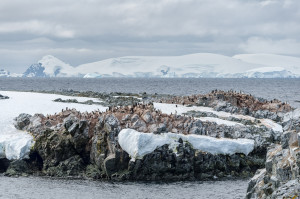 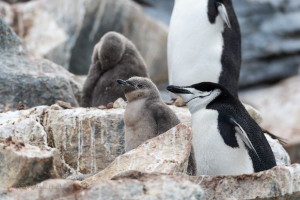