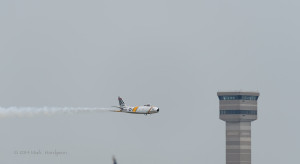 The North American F-86 Sabre was first produced in 1949 and served throughout the 1950’s.  It was the primary aircraft during the Korean War and the first swept wing jet fighter. A precursor to the sophisticated fighter jets of today.  Only once a year does the tower at Dayton International Airport get to see sights like this. 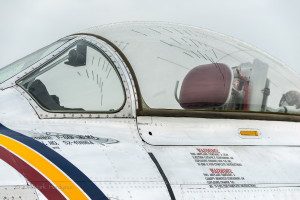 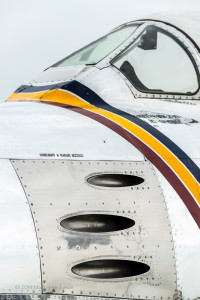 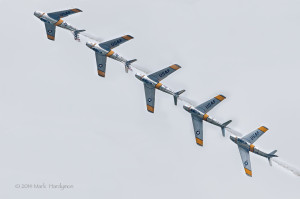 The one nice thing about the flat light and basically uninteresting sky, is that it makes composites like this pretty easy to put together.  This shows the beginnings of a roll.  Should have kept shooting to get the whole thing!