I  just returned from a trip with my brothers to Central/Eastern Washington state.  While there I had the opportunity to see a water bird I’ve never seen before.  They were Clark’s Grebes.  A diving bird that winters in Mexico, then heads north for the breeding season. 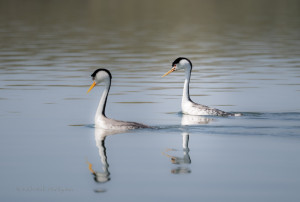 Very Striking, very Loon like with those red eyes and very attractive.  But the interesting thing is their courtship ritual.  It starts out with head bobbing toward one another, dipping their head in the water then shaking it off and finally they both take off running ….. on the water! 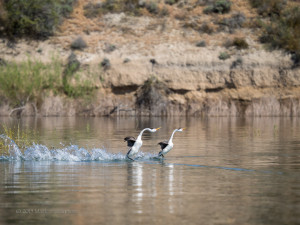 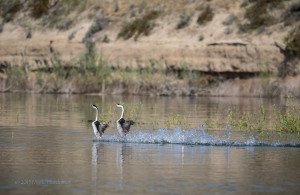 Once the mates are chosen, one will dive below water and bring up some vegetation to share with his mate. 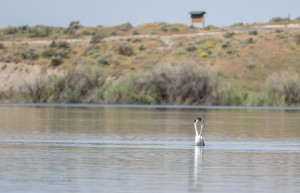 Since the object of the trip was to catch fish and that didn’t happen, catching these guys with the camera made up for it, at least for me.

be sure to click on the images to see larger versions!